The bodylift allows to handle a strong skin slackening on the whole third way of the silhouette abdominal belt, hips, buttocks, back, external part down from thighs in the same operating time. 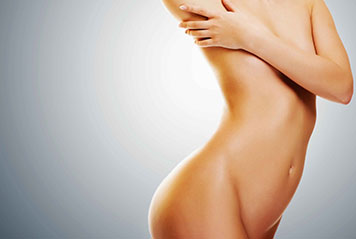 The results are often spectacular but it is necessary to know that it is about a heavy intervention, requiring 2-3 days of hospitalization and 21 days of convalescence.

A bodylift in Tunisia consists in reducing the surplus of skin and fat by re-tautening tissues of the region of the pond.

She allows to treat the whole third way of the silhouette (abdominal belt, hips, buttocks, back, riding breech in the same operating time).

This intervention addresses the people who present a strong skin slackening at the level of the pond. In the majority of the cases, this excess of skin is understandable by an important loss of weight following a diet or following an operation of bariatric surgery (treatment of the obesity) such as a "bypass" or a pose of a gastric ring.

A bodylift can be also indicated following a liposuction (when the skin did not enough re-tauten after the ablation of greasy tissue). A bodylift can be considered as a gesture of plastic surgery for the patients who knew a major loss of weight. Thus he can be the object of a coverage by the health insurance.

During the intervention, the surgeon removes a band of skin of a width between 20 and 40 centimeters everything around the pond. The skin is then re-tautened at the level of the belt. This surgical gesture comes along generally with a liposuction of concerned zones (stomach, hips, buttocks, external thighs).

The results obtained by a bodylift are generally spectacular because the intervention intervenes on the whole third wayof the silhouette :

The results of a body lift in Tunisia are often spectacular but it is necessary to know that it is about a relatively heavy intervention, requiring 2-3 days of hospitalization.

The result of the intervention can appreciate immediately in spite of the post-operative oedema. The oedema decreases gradually in the days and the weeks which follow the operation.

A physiotherapy of drainage and physiotherapy begun in the days which follow the intervention is very useful to favor a faster and more comfortable recovery.

Bandages are necessary during the first two weeks and the port of clothes of concentration during 2-4 weeks.

The seated position must be banned during the first days following the intervention. The fact of getting up and of walking from the day after the intervention is necessary to limit the risks of phlebite. Treatments anticoagulants are generally prescribed as a precautionary measure of 10 days.

You will go out of the private hospital with special bandages who shall allow you to take a shower every day, from the day after the intervention. These bandages will systematically be revised in consultation with the doctor without you need to make them yourself or to see a nurse (allowing exception)..

The resumption of work is generally possible after 3 weeks and that of a sports practice after 4-6 weeks. Later three-four in six months, the obtained result can be considered as definitive except the scar which will continue to ease on 1 - 2 the years.

As far as a body lift implies the retreat of a band of skin, a scar is a compulsory after effect of this intervention.

The scar ransom of this type of intervention must be clearly explained by surgeon during the preoperative consultation.

If the position of the scar depends on the anatomy initial of the patient, it is nevertheless possible to favor such or such position so as to adapt itself to the clothing style of the patient (high-waisted, low-waisted) so that this one is the least visible possible in the majority of the situations. It is placed at the level of the elastic of a "G-string".

The evolution of the scar lasts from 6 to 12 months. Of accesses red, it is going to become gradually pinkish until find the skin color.

As quite interventions surgical, a body lift in Tunisia presents risks which will be explained to you by the surgeon during the preoperative consultation (see The risks in surgery).

The risk of an asymmetric result (of some centimeters between both sides of the pond) must be envisaged. An intervention of correction, less heavy, can be then considered after a few months. 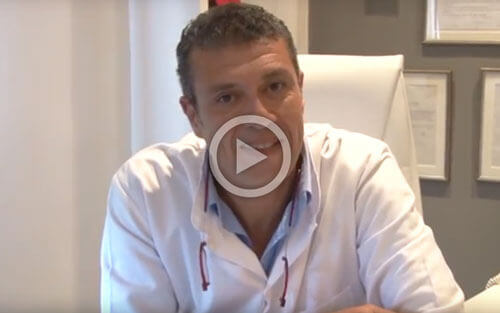